Every Ending is a Beginning, Every Beginning is an Ending

A lot of those months are now a blur.  I honestly cannot remember many of the details.  It’s as though it was all in a dream I had long ago, but the evening before everything was brought to light was different.  I met up with Lauren and while we were together she received a call from her husband.  She lied to him about where she was and what she was doing and then did something she never did, asked him to call her back later.  I thought it a bit odd, but didn’t make anything of it.  We went our separate ways.
I was supposed to meet up with my friend (Lyryn’s cousin) Jeremiah.  When I finally met him I felt as though I was walking through a haze.  We talked, but I was disconnected, not really invested in our conversation or what was going on around us.  Then, she called.  I told him I needed to take it and stepped outside.

Lauren was in hysterics.  After we had parted ways her husband had tried to call her back and she didn’t pick up, so he called the family she was living with.  They gave a different account as to her whereabouts and goings-on.  When he finally was able to speak with her, she broke down and told him of her infidelity.  I could not then and still am not able to describe the emotions I felt that evening.
I don’t remember how I excused myself from the rest of the evening, but Jeremiah and I parted ways.  I drove home experiencing every range of every negative emotion possible.  When I finally did get home I got in the shower and broke down.  I knew that things were going to change, but I wasn’t sure what was going to happen.
The next morning I went to work knowing it was probably going to be a roller-coaster of a day.   I, like Lyryn, didn’t get anything accomplished except for one thing, my resignation letter.  The resignation letter was so much more than just resigning from my job.  It was resigning from the relationship I had created, resigning from the place it had started, it was resigning from the acknowledgement that I had brought this failure on my marriage in the work place that Lyryn and I shared.

After shedding way too many tears to go unnoticed, I took my resignation letter to Lyryn’s desk and said something to the effect of, “Take a look at this and tell me what you think.”  I knew it would shock her and for some reason I wanted it to.
A little while later one of my superiors came into my department.  He began to really dig into me about the condition of some of the products and displays.  I did something COMPLETELY uncharacteristic and gave it right back to him and stormed out of the building.  He yelled as I was walking out, “If you leave this building, NEVER COME BACK!”  I went out and sat in my car gripping the steering wheel as though it was the only thing saving me from an imminent accident.  After letting my emotions boil over for a moment I went in and gave my boss my resignation letter.  I wish I could tell you his response, but I don’t remember.  Honestly, the next thing I remember is being back at my house on my lunch break.
Lyryn was down by my feet and I had just told her as callously as I could that I was unfaithful.  I think in that moment I wanted her to hate me.  I wanted her to lash out at me.  I felt that this would allow me to find an easier emotional exit from the mess I had created.  Yet, when she stormed out to her car I decided to jump on board (or as many of you read, on the hood) as she drove down the street.  As I returned to work I passed by Lauren and Kelly driving away from work.  I knew this would be the last time I would ever see her.  Somehow I finish my day at work, though I think I may have accomplished even less than I had that morning.
Fast-forward to that evening.  I knew if I really tried to reconcile with Lyryn that it was possible.  I knew that I would have to put on my humble boots and walk through the waist-high crap I had thrown all around our home.  And I knew that it wouldn’t be easy.

I don’t remember how it all came about, but I ended up talking with Jeremiah, my mother-in-law Kristin, and the man who I should have allowed to be my accountability partner through all of this - Bryan.  I was quickly repentant and knew I (or more importantly Lyryn) would need help to overcome this mountain of lies and deceit that I had constructed.  Although I was far from being healed from my failures, that first evening with the help of my brothers and sisters in Christ, God supernaturally lifted a burden from my shoulders that would have prevented any healing from ever taking place between my bride and I.
(This post was to give some insight into how I viewed parts of the night before and the day it came out.  It was partially written to answer some of the questions that were directed to me.  I will be writing another post to answer many of the after the affair questions that many of you have raised.  So make sure if there is anything else you want to hear from my perspective you ask.)

Thank you for your perspective Jesse. I guess I would like to ask if you think you would have continued the affair with Lauren had she not told her husband? When she ended your relationship with her, were you crying in the shower because you were mourning Lauren, or because of how bad you had messed things up in your marriage? Were you in love with Lauren?


Thank you for this honest perspective.

It's really nice to hear the guys perspective for once! In that situation, you really don't know what's going on in the other person's head.

Thank you for writting this. I could have written the exact same thing myself.

Thank you for writting this. I could have written the exact same thing myself.

Thank you for posting Jesse. It shines a little light on how my husband may have been feeling when his affair ended. I never really took into account the emotions that he might have felt afterwards. I was too busy stirring up hatered for him and for the other woman.

If you could take it all back would you? Or do you consider this one of those life experiences that were meant to happen so that you could learn from it and overall your marriage could be strengthened through it?

Sorry if that question seems dumb or maybe even rude in any way, I am just curious to see how you perceive it.

Thanks for sharing, Jesse. My experience is from Lyryn's side, and I can identify with so much of what she's said. But it's good to hear your side. I still struggle with questions about how my wife could do these things, if she had any regret during the affair, if she was actually glad it had come out, etc. It sounds like it's a very lonely place no matter which side you're on.

Thanks for doing this Jesse. As you know, a lot of Lyryn's readers are women, so it gives us a good insight to how a man may feel and react in situations like this. It's a good thing for people to see your side, how you were feeling, too. Anyone that ever hears about an affair hears a "he cheated" or "she cheated," but the other side never gets told. It brings a whole new perspective on infidelity.

You guys are the strongest couple that I know. God bless you and your family for giving you the power and strength to share your story with others - whether or not they've gone through the same thing. I think everyone can relate somehow to your story. God continues to work miracles and you guys are part of the past, present and future miracles he is performing!

Thanks for leaving this post. I am confused though, why did all of this only fall apart after Lauren broke down to her husband about the affair? I am in no way trying to make this sound bad I am just curious if you had started to realize Lauren was not doing anything for you prior to her breaking down to her husband? Or did you just realize she wasn't the one for you only after she did? Sorry I am just curious and I commend you for your raw and honest story. You are really helping many people.

I just caught up on the last couple weeks of posts and just wanted to saw keep on sharing, you are truly helping many people whether they are commenting or emailing or not. This is a story that needs to be told!

I just wonder what someone is thinking who isn't sorry it happened who doesn't want their marriage to work ... and oddly enough the "victim" of the affair wants more than anything to make it work...

Any insight into what you were thinking when you didn't want your marriage to work would be great.

my question is much like the first commenter. were you breaking down because you got caught or because of what you did? my husband also had an affair and i often wonder the same thing. are all the tears and such genuine for me and for what he destroyed in our marriage or are they mourning the affair or tears of getting caught?!

Wow..I could only imagine how that day was for all of you. Thank you for being so candid!! 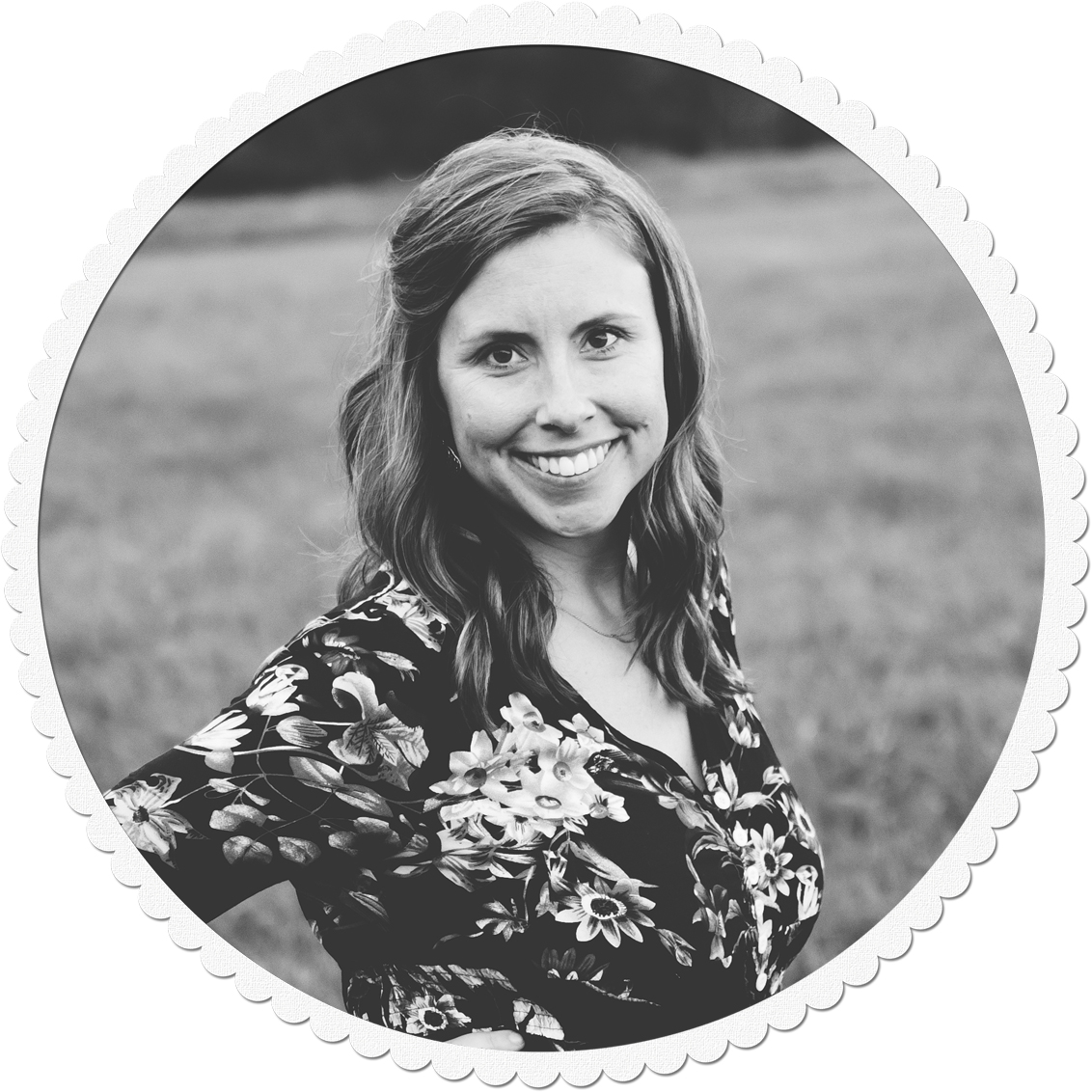